Mystery Magic in the Mix 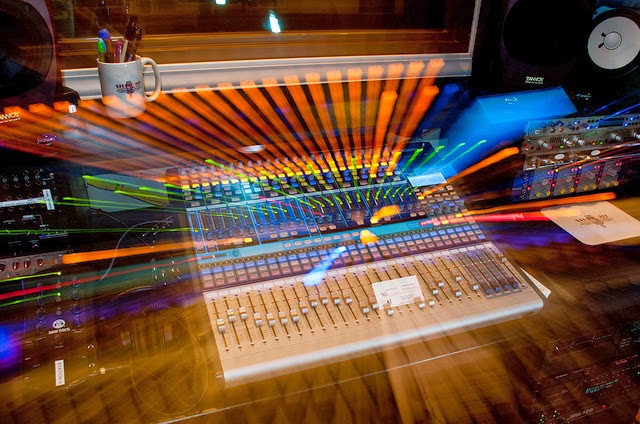 First day of opening the songs at the home studio to start overdubs and mixing. There is an old school saying that 25% of recording is basic tracks, 25% is overdubs, and 50% is mixing. So we're only 25% across the river. But it's lookin' and sounding good so far. In the next weeks and months we'll be recording vocals and overdubs and mixing.

Mixing, the other art. Tweaking everything, mixing the stew until all of the ingredients are balanced perfectly. It's such an important part of any record and can make the difference of your tracks sounding alive or flat. I used to kind of despise it because it's such a specific, detailed and somewhat frustrating process. You can create what you think is the perfect mix one day, and then come in the next day and realize that the bass is too loud, percussion is too quite and the kick drum is sticking out. It's a constant act of tweaking over several days and several listenings. And listening on several different sound systems at several different volumes. Iphone, to car stereo to home studio to computer and so on. But I'm beginning to really make friends with the mixing process. Like an artist with a ball of clay, you just keep at it and find the joy in the process.

It feels so exciting to be diving in so deeply. I'm so looking forward to this February journey inside the tracks. Bringing out their individualities and personalities, textures and colors. Giving each track an identity of it's own. My little children :-)

More to come...
every moment grateful,
ak
Posted by Anna Kristina at 12:18 PM